This cross-sectoral collaboration aims at providing a realistic victim-centered approach and guaranteeing a long-term impact of the project at the national, European and international levels. 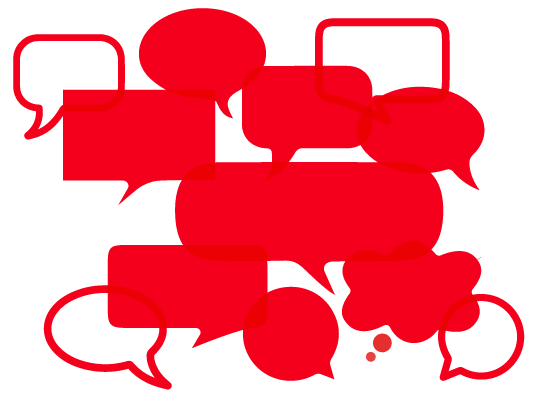 The University of Barcelona is the largest public university in Catalonia and it welcomes a total of 62,000 students each year. It offers a large range of courses in Law, Management, Medicine, Psychology, Philology, and Education among others, and is also the leader of university research in Spain. The Law School of the University of Barcelona was funded at the same period as the University in the 1400s. It is internationally renowned and offers quality degrees in various academic areas (Law, Political Science, Criminology and Public Administration). It is also a prestigious research center gathering twenty groups of investigation, four observatories and a research institute. The UB Law School has also been involved in many international and European projects.

The University of Tilburg is a Dutch public University funded in 1927. It offers a large range of courses in Law, Management, Art, Philosophy and Social Sciences and welcomes each year around 11,000 students. It is an internationally renowned university, recognized for the quality of its investigation centers and for the quality of its teaching. The International Victimology Institute Tilburg (INTERVICT) is a multidisciplinary research center of the University of Tilburg. INTERVICT was awarded the status of Center of Excellence for its comprehensive work on the empowerment and support of victims of crime and abuse. As a young branch of academic research, Victimology aims at gaining knowledge on victims and crime. Various experts (lawyers, criminologists, psychologists, political scientists and economists) are involved in the research activities of INTERVICT and collaborate together for a comprehensive approach of victimology.

The Interior Department is the institutional body of the Catalan Government which is responsible for the citizens’ security and civil protection. In 2015, it has implemented a Plan for Victims Support in order to build an intervention and comprehensive model to tackle THB. The police department and its Central Unity against THB, along with the Security Cabinet of the Government collaborate closely according to four main points of action: prevention, detection, assistance and protections of the victims. The main objective of this plan is to provide effective solutions to THB and comprehensively address this type of gender violence.

APRAMP (Asociación para la Prevención, Reinserción y Atención a la Mujer Prostituida) is a Spanish non-profit organization funded in 1984 to work on a project aiming to the Prevention, Reinsertion and Assistance to Prostituted Women. The association addresses the unmet needs of sexually exploited women and girls. Its aim was and still is to contribute to change reality,  offer assistance focused on the person and offering her opportunities so that she is able to gain back the liberty and dignity she is entitled to and to achieve the necessary autonomy to start a new life out of the exploiters’ control and abuse. APRAMP’s work is based on flexibility and adaptability and focuses on detection, identification and a comprehensive support provided to women and girls victims of Trafficking in Human Beings for sexual exploitation. Moreover, APRAMP focuses on sensitization and training of the population and persons who might be in touch with the potential victims. In 2016, APRAMP attended 1185 women and girls in its facilities, 1219 in the Mobile Unit, 106 women and girls in protecting housing and 1383 phone calls to the 24-hour helpline.

Proyecto Esperanza is the project developed in Madrid (Spain) by the International Religious Congregation Adoratrices Esclavas del Santísimo Sacramento y de la Caridad which is extended in 23 countries accross Europe, Africa, Asia and America. Proyecto Esperanza provides a comprehensive support program (safe housing, psychological, medical, social and juridical assistance) to women victims of Trafficking in Human Beings for (not only sexual) exploitation. Its professional team is composed of specialized and multidisciplinary workers. As an entity actively fighting THB, Proyecto Esperanza carries out awareness-raising actions on THB in Spain in order to inform and denunciate its existence, and actively participates to various national and international networks. Proyecto Esperanza offered comprehensive support to 900 victims of THB from 60 nationalities in the last 18 years, while always adopting a human rights and gender approach. In 2016 the association attended 198 women. To most of them, the association provided an individual assessment, a personalized intervention plan in order for them to achieve progress in the process of recovery.

Adoratrices Esclavas del Santísimo Sacramento y de la Caridad is a non-profit and social religious entity that provides assistance to women living in a situation of exclusion. In Catalonia, it implemented the programme Sicar.cat 15 years ago. Sicar.cat provides comprehensive support to THB victims to help them achieve recovery and the restitution of their rights. Sicar.cat also conducts awareness-raising campaigns and denunciates THB in order to foster social change. In 2016, it attended 155 persons from 34 nationalities, of which 26 were minors. Moreover, a total of 1707 persons participated to their training activities and Sicar.cat organized 80 meetings with 51 actors and institutions for advocacy purposes.

Fier is a Dutch NGO that provides assistance to children, young people and adults who are, or have been, confronted to violence such as domestic violence, sexual violence or honour violence, and/or who have gone through traumatic experiences. The support team is composed by specialized professionals who can offer counselling, treatment, support, and if necessary a safe haven.

The European Institute for Crime Prevention and Control, affiliated with the United Nations (HEUNI) was implemented in 1981 as part of the UN Crime Prevention and Criminal Justice Programme in Europe. HEUNI is an independent research and policy-making institute that works actively to promote the international exchange of information and practices on crime prevention and criminal justice in European countries, in order to advance towards more effective criminal justice systems. As such, it also collaborates closely with the Council of Europe and the European Unión institutions. The research areas of HEUNI include organized crime, corruption, gender-based violence, and trafficking in human beings.

The Non-Discrimination Ombudsman was founded in 2015 in Finland. It is an independent and autonomous authority which aims at promoting equality in Finland and preventing discrimination. It brings support to people who have witnessed or experienced discrimination on the basis of age, origin, nationality, religion, opinion, disability etc… It also carries out training and awareness-raising activities, but also research projects on discrimination issues. The Non-Discrimination Ombudsman is the National Rapporteur on Trafficking in Human Beings in Finland. As such, its role is to monitor actions against THB in Finland and abroad, to issue recommendations, statements and advice about the victims’ rights but also to provide legal counselling.

Payoke is a Belgian shelter and counseling centre founded in the 1980s, and was one of the pioneers in the fight against Human Trafficking in Belgium. The support team of this NGO is composed by psychologists, social workers and criminologists and provides support to victims of trafficking through individualized support and counseling. Shelter, education, legal and administrative assistance, psychological help and social support are offered in order to help victims regain their autonomy, freedom and dignity and facilitate their reintegration in the society. Payoke also actively fights human trafficking by carrying out awareness-raising activities, by participating in the development of a better legal framework and by encouraging the exchange of best practices among stakeholders. Between 2014 and 2016 Payoke participated to a European project (RAVOT-EUR) aiming at improving the assistance provided to Human Trafficking victims in Europe. More information on RAVOT-EUR Project: http://www.ravot-eur.eu/en/

Pro-tukipiste is a Finnish NGO that provides a wide range of support services to improve the well-being and the quality of life of workers in the sex industry: social, healthcare services, training and employment support. Pro-tukipiste is also an active advocacy entity that promotes rights and equality for these workers, who carry a risk of marginalization in society. In 2014, 10 429 persons contacted Pro-tukipiste assistance services (emergency line, Internet chat…); 1679 were offered individual support.